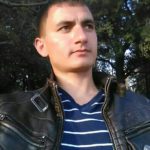 Mr. Lila Prasad Devkota has been working with Botanical Treks & Excursion since October 18, 2010. He took trekking guide training in 2011 along other necessary training according to his job requirements. Prior to join this adventure company, he has already been working for another trekking company for 5 years and started his guiding career from the trekking porter to know the trekking regions, lodges/guest houses, people, mountains, local life styles, local culture & their religions. He was then promoted as assistant trekking guide and later on upgraded to fully trekking guide that has ability to handle the groups as well as the individual client. He speaks fluently English, Hindi & Nepali languages.
He was born in 1990 A.D at Gorkha province of west Nepal, with the view of towering peaks of Mt. Manaslu, Buddha Himal, Himalchuli in the north, Annapurna & Lamjung Himal ranges in the west & Ganesh Himal in the east from his little hill top village at the altitude of 1,100 m. Traveling in the new destinations is his dream so that from his early days, he was dreaming to join one of the trekking company to fulfill his childhood dreams. He has been almost every classic trekking route in Nepal such as Annapurna, Everest, Langtang & Helambu valley, Dolpo regions including the some of the short & off beaten treks too. He is so funny & would likes to make funny jokes, playing card game, some tricks & has the good humor. His sincerity towards his duty makes him one of the capable guides. He loves mountains very much!

20 Days
Know before you go

We are recommended on